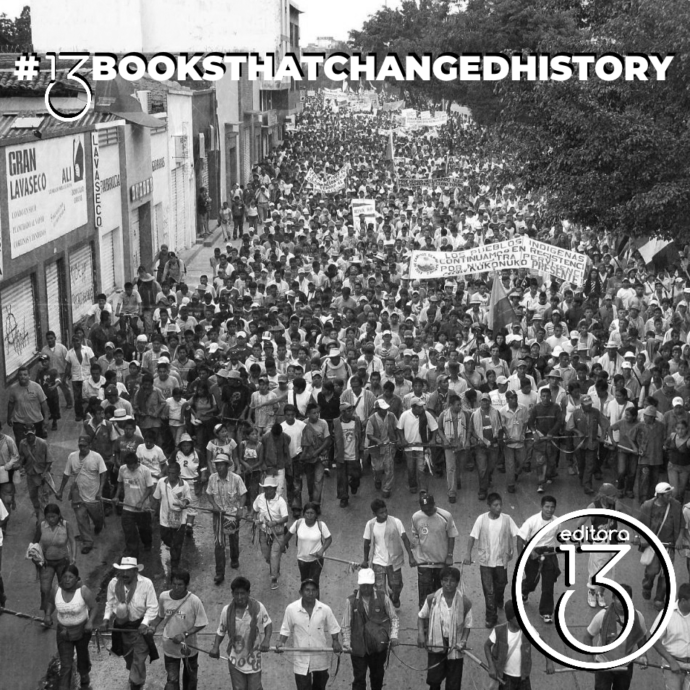 We are aware that this context of seclusion in which we find ourselves may be a good time to make a leisurely reading not only of some good pages, but also of our history as a civilization. For this, the eighth proposal in the series 13 Books that changed history combines critical review with literary excellence, as is the norm in the production of its author: Open veins of Latin America, by Eduardo Galeano.

This essay written in 1971, a classic since its publication, could have been subtitled as “chronicle of a looting”, as it exquisitely details the progressive waves of looting, pillage and destruction to which Latin America has been subjected throughout its history: first, by the different colonial empires existing during the 16th and 19th centuries, with special mention of Spain; later, by the United States, in a process that still continues today. Las venas (as Galeano himself refers to the text) is born from a mixture of historical realities and subjective experiences; portrait of peoples diverse in culture and traditions, but necessarily homogenized by the mistreatment received (people, resources, customs). The fruit of four years of intense research by Galeano, Open veins of Latin America was rewarded with the award of the Casa de las Américas Prize (the old Latin American Literary Contest).

It is difficult to speak of a single “outstanding book” in Eduardo Galeano’s bibliography (Montevideo, 1940-2015). A journalist, editor, writer, and above all, a critical citizen committed to his people, Galeano’s work is famous for recounting the most appalling atrocities in Latin American history (those forgotten, those silenced by the victors of history) with prose of obvious lyricism. Open veins of Latin America, possibly the first of the author’s many texts that became a classic of Latin American left-wing thought, was followed by such influential works as Memory of Fire trilogy (1982-1986), The Book of Embraces (1989), Upside Down: A Primer for the Looking-Glass World (1988) or Mirrors: Stories of Almost Everyone (2008).

Although the author himself “disavowed” the book a few years ago (claiming that he had attempted to write a book on political economy without actually having sufficient training to undertake that task), Open Veins of Latin America continues to be, even today, possibly his most successful book, in addition to a basic bibliographic reference for understanding the Latin American sociopolitical context.