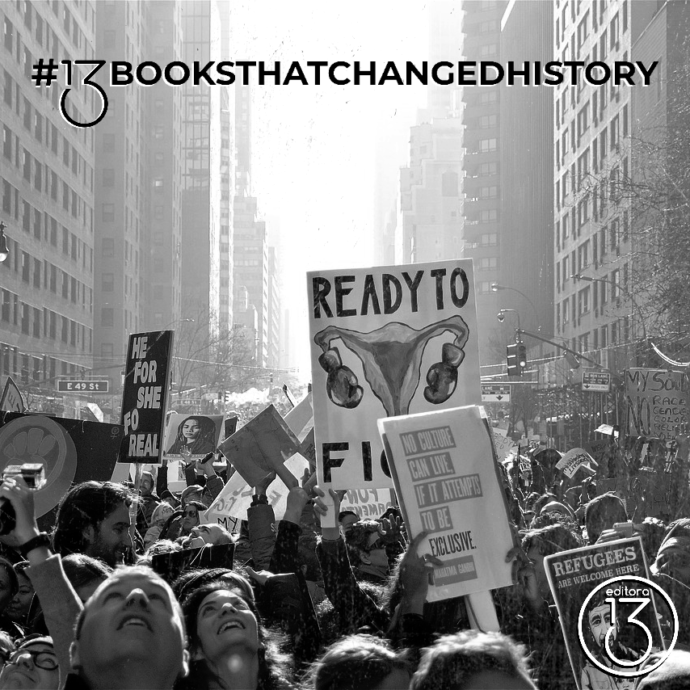 The book that introduces this fourth installment of the series 13 books that changed history is considered one of the foundational texts of queer theory and, to a large extent, one of the theoretical foundations of the third wave of feminism, thus constituting a very important contribution to feminist studies.

Gender Trouble, published in 1990, collects and explains the performative theory of sex and sexuality enunciated by its author, Judith Butler. In it, Butler delves into the line of research previously followed: according to her proposal, the construction of gender as binary categories (female/male) responds only to limitations of a cultural type, thus identifying gender roles associated with social constructs (and therefore, arbitrary and modifiable, not linked to biology).

In this work, Butler investigates the consequences of what she calls “normality discourse” has for people, which translates into a rejection of certain sexual or gender behaviors or identities by who could adopt them in case this speech did not exist, for fear of possible social reprisals.

Gender Trouble is possibly one of Butler’s books that got the greatest impact, although other titles such as Bodies that matter: on the discursive limits of “sex” (1993), Excitable speech: politics of the performative (1997), Undoing gender (2004) or Notes towards a performative theory of assembly (2015).

What the philosopher proposes in her works is a process of gender denaturation (possible due to its cultural nature) via the search for new meanings that escape male-female duality, through a crisis of categories that began by doubting the established in order to accommodate (recognize and respect) all existing options.