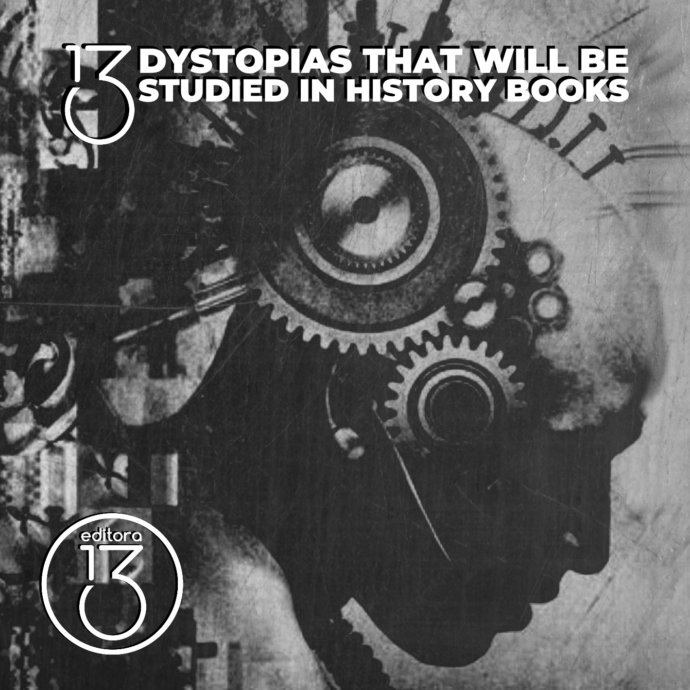 The fifth proposal in this series of 13 Dystopias that will be studied in history books is none other than one of the forerunners of cyberpunk. A text worthy of the Nebula Award, the Hugo Award and the Philip K. Dick Award, which acknowledges it as one of the best science fiction novels published in the USA: Neuromancer, by William Gibson.

In Neuromancer (1984), the author presents us with a future in which the exchange of information by connecting human brains to large data processors is possible, with information being the fundamental raw material. As with all raw materials, forgery, theft and the sale of information are, in this future, the order of the day. In this context, Case, a cyber cowboy in charge of transferring information, is punished for a crime with the inhibition of his ability to connect to the central matrix. This loss forces him to subsist committing small crimes, until he is “recruited” to carry out a dangerous mission.

William Gibson (1948) is, undoubtedly, one of the great references of dystopian literature. After a childhood in which changes of residence were frequent due to the work of his father, with his death, Gibson and his mother settled in the small town of Wytheville, in Virginia. According to Gibson, it was a community in which religious sentiment was very present, and progressive modernization was a reality that aroused a certain distrust. A somewhat oppressive environment, especially for a child already fond of science fiction literature and a fan of the Beat generation. This contrast probably influenced his later literary production. Considered one of the greatest exponents of science fiction literature, the genre owes Gibson the creation of the term cyberspace (conceived as that virtual “dimension” made up of computer networks). Neuromancer, his first published work, achieved a resounding and immediate success, both critically and publicly. A great welcome that, in general terms, accompanied the author to this day. In fact, in 2018, Gibson received the award from the American Science Fiction and Fantasy Writers Association, which recognizes the contributions of award-winners to the genre throughout their career.

With Neuromancer, Gibson was able to anticipate, already at the dawn of the Information Age, the tensions derived from the existence of virtual contact and control networks. Similarly, he was able to foresee and describe their immense influence on globalized societies long before they existed as such. In this way, Neuromancer is faced with a reality in which we are immersed today, and seemed very distant in 1984: digital life. Far removed from that virtual “second life” focused as a game within the framework of an online community, digital life today works as an extension, as a complement or, in the worst case, as a substitute for our real life (the most extreme example of this last option would be the hikikomori from Japan). Increasing our online presence inevitably brings up the debate about the limits of our privacy and freedom, and with it, the necessary suspicions of respecting the growing business of data updates. Thus, the libertarian cyberspace full of possibilities imagined by Gibson, the virtual impersonation of the physical world, finds in its process of “realization” the same old enemy: capitalism, which in this context knew how to reinvent itself to avoid the “traps” of Dematerialization.