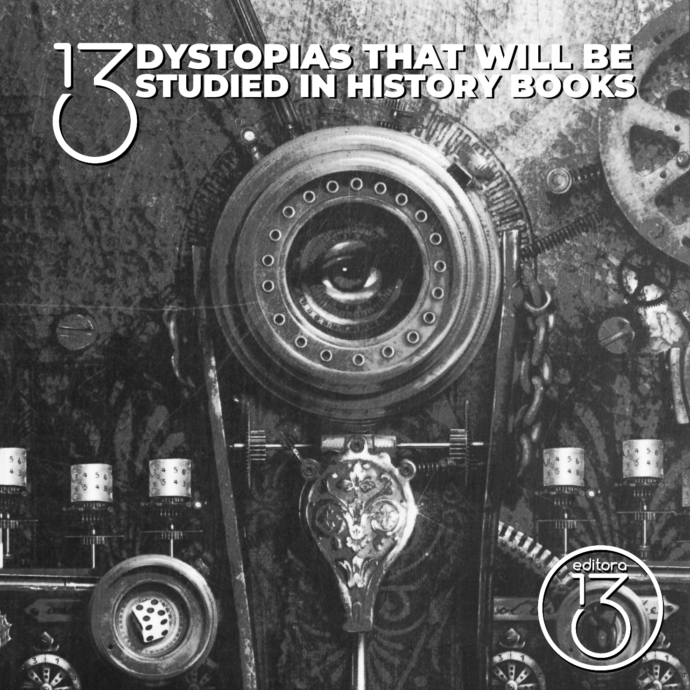 We retrieve the genre of Uchronia reviewed a couple of publications ago for the proposed eleventh post in this series of 13 Dystopias that will be studied in history books. It is one of the most recently published works among those already reviewed, and one of the best known steampunk references. A story, therefore, in the line of retrofuturism that, while maintaining a critical base, shows a certain optimism when proposing the future from the past: The Difference Engine, by William Gibson and Bruce Sterling.

Written in 1990, The Difference Engine transports us to a Victorian England in the midst of an industrial revolution, ruled by Lord Byron, representative of the Radical Industrial Party (defender of meritocracy and industrial progress). In this context, the mathematician Charles Babbage presents his difference engine to the world, an immense analogue computer that works with steam and requires punched cards for data processing. The creation of Babbage begins to occur on a large scale, and becomes a commonly used invention in society. This rapid expansion places Britain in a relevant position in the world, as a technological and economic benchmark, which gives it outstanding political and commercial power. The plot of the novel revolves around the appearance of strange punched cards that contain valuable information, capable of providing an advantageous situation for those who know it. Thus, several characters will launch in search of these cards, in a race that will allow the authors to develop a whole alternate reality full of historical characters with lives very different from those we know.

As we already reviewed in the text dedicated to Neuromancer, William Gibson (1948) is an outstanding author of American science fiction, precursor of cyberpunk and a great reference in dystopian literature. The deep analysis of human reactions to the processes of social and technological modernization already carried out in other works by the author is also present in The Difference Engine. In this work he offers a somewhat ambivalent vision of technological advances, recognizing both their emancipatory potential and generator of power and wealth, as well as the negative consequences of their improper use (interested, selfish, fanatic).

For his part, Bruce Sterling (1954) is another of the key names in science fiction literature. Recognized for developing a work committed to gender and society, in his novels he touches on many of the most relevant themes of the last fifty years: genetic engineering, control of natural resources, colonization of territories, wars, technological progress, massive computerization or social division, among others.

As a Uchronia, although this work starts from real events and people, their development, their actions and even the position they occupy in this alternate reality proposed by the authors, have points in common with what actually happened, as well as many differences. It should be noted, in this case, the fact that, although the proposal for the difference engine was actually formulated by Babbage, it was never built. Nor does it seem likely to find Lord Byron at the head of the country as Prime Minister, or Marx creating a commune in New York. But the presence of these and other personalities in history allows the authors to offer a political framework that justifies the presence of revolutionary movements, anarchism, political and police corruption, or professional incompetence in the plot. In short, offer a context that connects both historical moments: the past that is recreated and the present that is lived.

Thus, the “realistic” reading of this work does not require that we refer to the history books, it is enough to read the newspapers, watch television, listen to the radio or be aware of current events through social networks. The Difference Engine proposes an evident anticipation of the characteristics (and wrongdoings) of the information society in which the authors of the novel were already immersed in the early 1990s, and in which we all find ourselves at the moment. Transferring the reality of big data to the 19th century, the authors discover that the effects in society are similar to those experienced in our “real life” in the late 20th and present 21st centuries. The concentration of power over data in a few hands has a series of terrible consequences on individual and collective freedom in computerized societies, as the novel explains well and as we are seeing nowadays. Some consequences that lead us to wonder if it will not be to this data and people control system (and not to a simple calculating machine) to which the title of the novel refers.