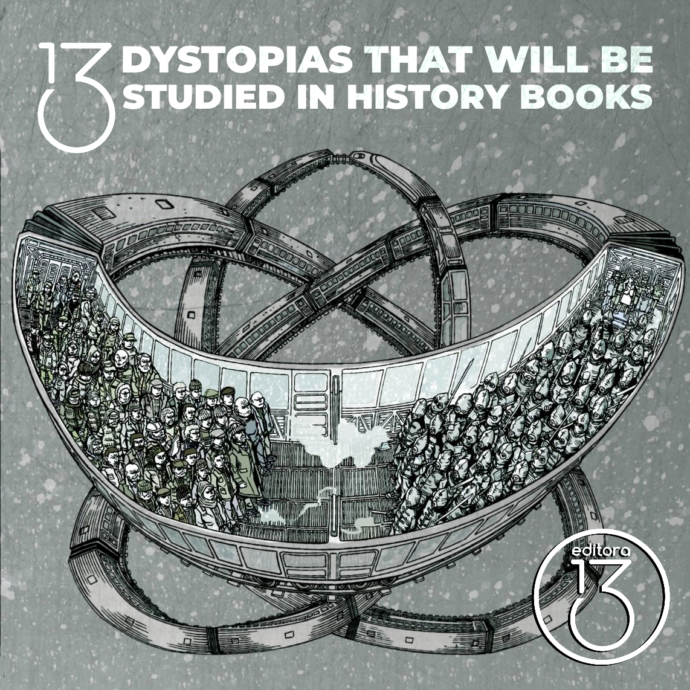 We arrive at the tenth proposal in this series of 13 Dystopias that will be studied in history books, continuing with the graphic novel format, although we leave the English language (predominant in this series) behind to talk about a work written in French. A dystopia that, like several of those already presented, was published in volumes over several years: Le Transperceneige, by Jacques Lob and Jean-Marc Rochette.

In Le Transperceneige, the authors place us in a future in which atomic war resulted in a brutal drop in temperatures that affects the entire world, plunging humanity into a nuclear winter incompatible with any type of life. The only people who managed to survive live in a very long train made up of 1,001 wagons, which is constantly kept in circulation throughout the planet, on the still operational tracks. After several years in motion, a micro-society is generated inside the train emulating the one that previously existed outside. Thus, the hierarchy with respect to classes is iron; non-existent social mobility; the people who live in the first carriages do not know (nor are they interested in knowing) the reality of the people who live in the caboose (the evicted), and they cannot even imagine the opulence with which people of the privileged classes, who go at the front, live. But a citizen of the last car, with nothing to lose, decides to take a path that will take him to the train locomotive, which governs the fate of all the inhabitants. There he will meet the creator of the machine, a scientist who blindly serves his invention as the ruling classes serve money and power, without suspecting, like them, that his uncritical devotion can lead all humanity to disaster.

Jacques Lob (1932/1990) and Jean-Marc Rochette (1956) already had plenty of experience in the world of comics and graphic novels when they started their Le Transperceneige series. However, this was the first work in which both (Lob as writer and Rochette as illustrator) explored the struggle against social injustice as the engine of action in a graphic work.

The story told by the authors in Le Transperceneige was taken to the cinema (in a very free adaptation) in 2013, by South Korean director Bong Joon-ho, under the title of Snowpiercer (the name of the train in the original novel). But the most recent audiovisual interpretation of this proposal is a series of the same name, released this year, and which, as with many of the works proposed, is more current than ever. Both the original graphic novel and the adaptations of it are based on social inequality and class struggle. This occurs in a context of scarcity caused by the absolute disappearance of ecosystems. This environmental destruction is due to nuclear war (which we could well “translate” as the constant deterioration of our environment due to pollution and overexploitation of resources caused by the human hand). In this framework, the apparent absence of raw materials and food is the excuse with which the inhabitants of the first carriages (the wealthy and powerful classes) hide their usury, perpetuating social injustices and keeping the inhabitants of the last cars “at bay”, applying a kind of shock doctrine that keeps them immobile and subdued. A faithful and sad reflection, although it seems exaggerated, of the reality of the capitalist system, which guarantees abundance to those from above at the cost of the misery of those from below, who are exploited and deprived of rights, freedoms and a future, and who can only recover by force the dignity that the conscience of the possible grants.