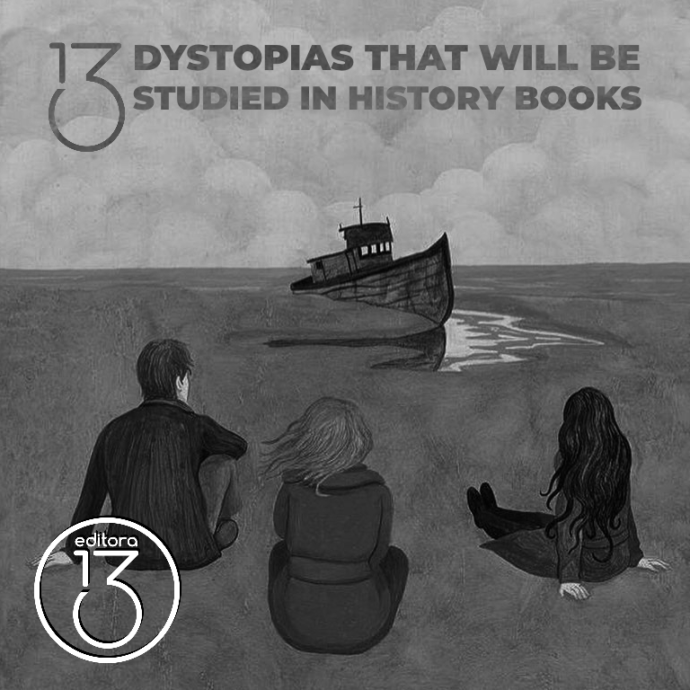 We reach the end of this series of 13 Dystopias that will be studied in history books with a work that has been written in this 21st century, and that, once again, invites us to think about the present with an indecisive gaze between pessimism and alertness. A novel in which emotion has, possibly, a more evident weight than in the works previously proposed, without hiding or reducing the extreme harshness of its story: Never Let Me Go, by Kazuo Ishiguro.

Contrary to most of the dystopias already analyzed, in Never Let Me Go the action takes place in a present time (or recent past), not a future one. Thus, although the book was published in 2005, the story it tells takes place in the 90s of the last century. The 90, yes, very different from those we know, in which the society of England, in which the events take place, is divided into three large groups: normal or “possible” people, clones and guardians. The first group is made up of people with the right to a full life, free and full of potential. The second group is made up of genetically exact “replicas” of the people belonging to that first group, whose mission is only to supply the first ones with the organs they need to be able to continue with their lives when they fall ill. Finally, the third group has the task of assisting the second once the donation period begins, to help them in the successive extraction processes. In this context in which the subjugation of one part of society to the hands of another reaches insurmountable heights, Ishiguro tells us the story of three clones: Kathy, Tommy and Ruth. All three are raised in one of the many boarding schools where people like them, destined to donate to death, spend their childhood and early youth playing sports and creating extraordinary works of art. Although during their childhood they ignore what makes them different, as the years go by they become aware that they are not like the people who live outside the isolated institution (and with whom they never have contact); that their plans will never be fulfilled. Already aware of the destiny that awaits them, the passing of the years and the promise of a premature end do not diminish their spiritual capacities or the depth of their feelings. Thus, despite what the system wants to believe, clones are not machines. They are people with a soul and illusions, sufferers, creators: complete people.

Kazuo Ishiguro (1954) is a writer and lyricist (he has musical training, and specializes in jazz) of Japanese origin, settled in England from a young age. The author himself confesses that he learned to be a novelist composing song lyrics, and that intimacy and the need to write in the first person have their origin in the lyrics he composed throughout his career. His novels combine a minimalist and subtle style typical of oriental literature (with much to read between the lines), with a deep reflection on the meaning of life, the role of the soul and vital anguish, aspects that always aroused interest in the author, that led him to complete his studies of English Language with a career in Philosophy. Nostalgia for the passage of time and a certain fondness for historical events and eras not lived by the author characterize his work, which earned him the Nobel Prize for Literature in 2017.

Never Let Me Go, stained with a thick melancholic and apparently resigned patina, hides in its pages (in those readings between the lines) a deep criticism of the class and caste systems, which force extreme sacrifice (be it social, material, economic, etc.) of one part of society in favor of the welfare of the other. It is, therefore, a novel that dares to explore the limits of human selfishness (individual and collective), as it shows how harshly societies are capable of “ruling out” other communities, ethnicities, collectives, etc. A common practice since the dawn of humanity, and especially characteristic of contemporary capitalist societies, which is favored by the anonymity “the other”. People without a face, without a name, without a history, who go on to swell lists of affected, dead, injured, collateral damage. People apparently deprived of the ability to freely decide what is worth fighting for. People, after all, who still have the dignity that resistance grants.