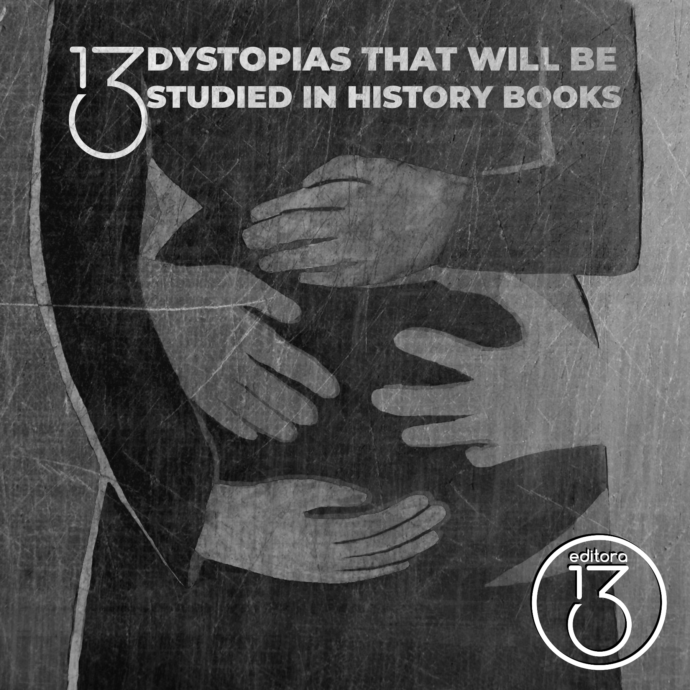 The third proposal in the series 13 Dystopias that will be studied in history books is a work that, for several years, has been on everyone’s lips, due to its successful adaptation to the audiovisual format. But before being a television fiction acclaimed by critics and audiences, the story to which we refer today (which was also adapted to cinema and theater) was already shaking consciences due to its crude and accurate description of a future as terrifying as it is feasible: The Handmaid’s Tale, by Margaret Atwood.

The Handmaid’s Tale, a work published in 1985, narrates the process of capture, submission, awareness and organized struggle of a people, through the experience (individual first, collective later) of its protagonist. The Handmaid’s Tale locates its action in an alternative present in which there are no births, and in a fictional country, the Republic of Gilead, founded after a coup that divided the current territory of the United States into zones akin to the new regime, rebel areas and colonies (spaces contaminated by radiation to which women who are not considered by the regime are sent: LGTBIQ+, feminists, sterile or activists). In an exercise in interpreting the Bible in a hetero-patriarchal key (reading a sacred text with a macho, homophobic and fanatic filter is not something that is strange in our days), the Gilead government establishes a system of domination of a totalitarian nature and ultra-conservative. Women, classified according to a caste system, are the main victims. The fight to the last consequences for individual and collective freedom; resistance capacity; love (in the non-romantic sense of the term); solidarity between peoples; and, above all, sorority, are the tools available to the protagonist of this story to put a regime, that seems to have everything on its side to emerge victorious, on the ropes.

Graduated in Philology, with a specialty in English, French and Philosophy, Margaret Atwood defines her literary work (composed of novels, essays, poetry and short stories) as feminist, as she explores both the exploitation of the woman’s body in contemporary times and the social and economic oppression to which it is subjected. It is not surprising at all, taking into account the common thread of the work that we analyze today. However, her texts recurrently show other concerns of the author regarding the social evolution of her (of our) time: the defense of Human Rights; the political-economic relations between Canada (her country of origin) and the USA (country in which she lived part of her life), this being another aspect that is clearly reflected in The Handmaid’s Tale; environmental devastation, in a conceptual framework in which nature and the feminine are closely related; or the identity of the peoples (specifically the Canadian).

There are many mirrors in which reality (past, present, and possibly future) is reflected within the pages of The Handmaid’s Tale, and many readings and interpretations that can be made of this work, linking reality and fiction. Written and published during Ronald Reagan’s tenure in the US, the text has a veiled satire of the American ideal advocated by the leader, a combination of (appearing) economic progress for middle-class white America and a return to traditional family values. There are also aspects associated with a very different ideological referent, that of Nazi Germany: from the death camps to those who take “useless” women to work to their death, to the massive rape in order to give children to the regime. We can also find among the characters in the play attitudes that respond to certain archetypes or, in a more concrete way, to easily identifiable social or political profiles (the clearest case is that of the powerful woman of the extreme right who actively collaborates with a regime that discriminates against her, denying feminism and contributing to the submission of her companions, as Phyllis Schlafly or Sarah Palin did at the time).

But above all, The Handmaid’s Tale reminds us how economic or resource crises tend to raise dictatorial, misogynistic and racist governments, amid the general silence of a citizenry that is silent in the face of the elimination of the first rights (“as long as it doesn’t affect me”), and who tends to awaken when the new regime is already a settled reality. But, as Atwood well demonstrates in her novel, better late than never…