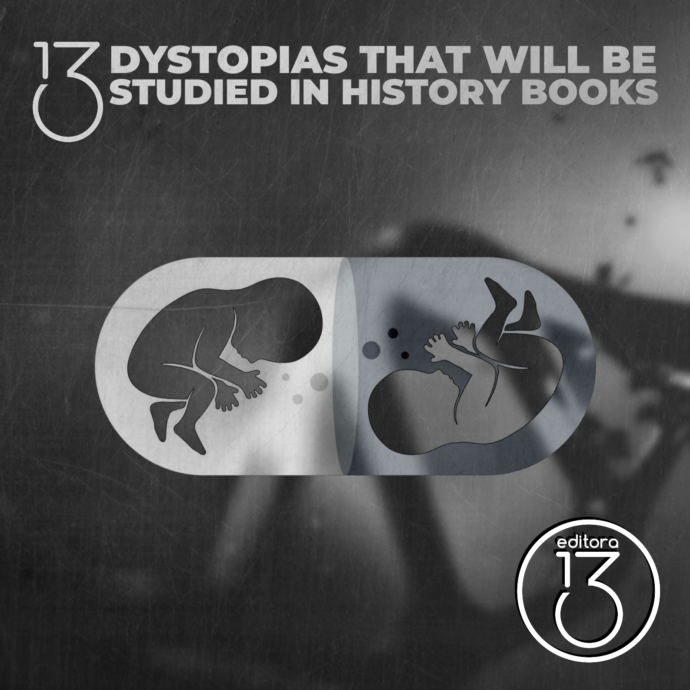 We reach the equator of this new series of 13 Dystopias that will be studied in history books with an essential work of the dystopian novel (although its title seems to suggest that it has no place in this series of undesirable corrupted utopias). A work that knew how to present, like few others, and in a tremendously graphic way, the dire consequences of social alienation: Brave New World, by Aldous Huxley.

Brave New World proposes a society (the World State) in which wars, hunger or disease are eradicated, as well as the arts, science, philosophy, religion or family. A reality in which human beings are created through genetic engineering, and endowed in this way with the characteristics and potentialities necessary to develop the role assigned to them. A predetermined role that depends on its position in a complex and immovable caste system (Alpha, Beta, Gamma, Delta and Epsilon), in which family is replaced by a kind of assembly line. Free will is something completely unknown in this context; not only because the social structure makes it impossible to exercise it, but also because, in reality, nobody feels the need to do something to change things. This, despite the constant violation of rights to which people are subjected, and the deprivation of liberty and dignity that this system implies. The reason is none other than the conditioning and constant “brainwashing” to which people are subjected from a young age to willingly accept their role in the system. Ignorance about the domination that is exercised over them is what makes people stay alive and dedicated to that “happy world.”

Aldous Huxley (1894-1963) was born into a family of renowned scientists and intellectuals, and was educated in some of the most prestigious academic institutions in his native country (United Kingdom), issues that marked his literary development in a remarkable way. Although he came from a wealthy family, Huxley was very critical of the British bourgeoisie from his earliest works, and through them rejected the traditions and customs of a social class with which he had lived very directly during his student years. This gives an idea of ​​Huxley’s critical, independent and not very accommodating character (characteristics that would be very present all his life). This need to live in accordance with his ideas led him to always weave his stories around conductive knots that were consistent with his thoughts and interests at different times in his life. Thus, Brave New World is a clear criticism of extreme functionalism and the production model implemented by Henry Ford, which undoubtedly represented a revolution in the United States in the 1930s.

Huxley imagined what would be the result of the application of the Fordist model of production (chain work, hyperspecialization and repetition) in the construction of a society, and this is undoubtedly the most evident criticism contained in Brave New World. But this is not the only reality reflected by the author in his work. Huxley lived the last years of India’s economical and territorial submission to the British Crown. As a British citizen critical of imperialism, he could not ignore the role that his country had had in promoting and consolidating the caste system, which is so well reflected in his work. But above all, Huxley focuses his criticism on the voluntary assumption of oppression derived from the alienation of society. An inaction that, in the case of the novel, is due to the use of drugs and mechanisms of mental manipulation by the power. In real life, however, it is but the response of a society submitted to the capitalist promise of fulfilling materialistic aspirations in the absence of a class consciousness.